Home / Nutrition / The Complete Guide to Carob: Benefits, Uses, and Carob vs Cocoa 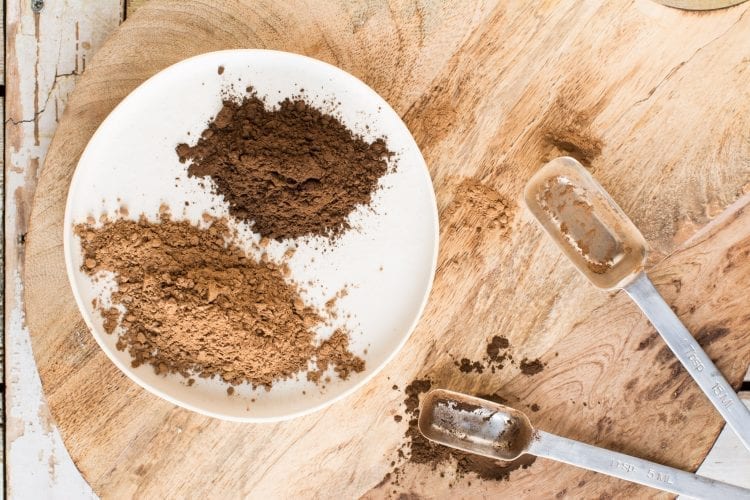 Let’s start with describing the carob tree. Ceratonia siliqua, known as carob (from Arabic خَرُّوبٌ (kharrūb) and Hebrew חרוב (haruv)), St John’s bread, locust bean (not African locust bean), locust-tree, or carob bush is a flowering evergreen tree or shrub in the pea family. Its pods have been used for food for as long as 5,000 years. Carob is also used as an ornamental tree in gardens and landscapes.

The carob tree is native to the Mediterranean region, including Southern Europe, Northern Africa, the larger Mediterranean islands, the Levant and Middle-East of Western Asia into Iran, and the Canary Islands and Macaronesia in the Atlantic Ocean.

It must be noted that carob tree is a very good asset in terms of its uses:

Medicinal use of carob

As it turns out, carob is not only pretty or tasty, it also has healing powers. Let’s list some of those below!

Besides the above mentioned medicinal uses, carob also has many more health benefits you might want to be aware of:

It might be that the difference between carob and cocoa is unclear to you. So, I give you the main distinctions:

So, what’s the fuss about cocoa or cacao anyway? Why should you replace it in the first place?

Well, it’s because cacao and products containing cacao can be too stimulating for some people because of caffeine, theobromine and tyramine.

Theobromine is a bitter alkaloid of the cacao plant, the tea plant, yerba mate, guarana berry and the kola nut. It has an effect similar to, but lesser than, that of caffeine in the human nervous system. Theobromine widens blood vessels, promotes increased production of urine and stimulates heart. At doses of 0.8–1.5 g/day (50–100 g cocoa), sweating, trembling and severe headaches were noted.

Moving on, tyramine as well as caffeine, are both well-accepted migraine triggers. So, if you’re having headaches or migraines, you might want to think twice before reaching for another cup of coffee or piece of dark chocolate. It’s noteworthy though that the levels of tyramine in cacao butter are undetectable. [source]

It might be that you’ve come across very different carob powders, from light beige to dark brown. Well, that’s because there are three varieties of carob powder (in terms of roasting):

I personally have tasted only the roasted varieties and I can tell you, that the dark-roasted carob is really intense! So, I like to combine the two or use only slightly roasted carob.

How to use carob powder in cooking

I bet you’re waiting to know how you can use carob powder in everyday cooking! Fortunately, it’s a very versatile powder that has many yummy uses:

I hope you enjoyed this article about carob benefits and uses! If you have some fascinating facts or info that was not covered, I’d appreciate if you let me know in the comments below!

Disclaimer: this post contains affiliate links. As an Amazon Associate I earn from qualifying purchases.