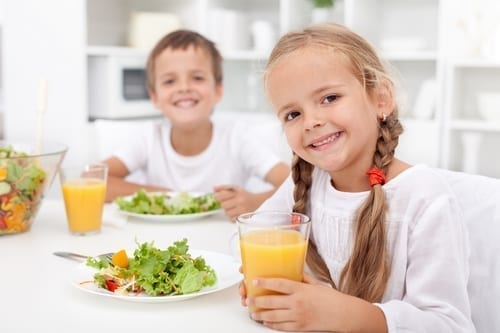 By age 10, nearly all kids have fatty streaks in their arteries. This is the first sign of atherosclerosis, the leading cause of death in the United States. So the question for most of us is not whether we should eat healthy to prevent heart disease, but whether we want to reverse the heart disease we may already have.

It was this landmark article published in 1953 that radically changed our view about the development of heart disease forever. A series of 300 autopsies performed on U.S. battle casualties of the Korean War, average age 22. 22 years old, but 77% of their hearts had gross evidence, meaning visible-to-the-eye evidence, of coronary atherosclerosis, hardening of their arteries. Some of them had vessels that were clogged off 90% or more. As an editorial in the Journal of the American Medical Association concluded, “This widely cited publication dramatically showed that atherosclerotic changes appear in the coronary arteries years and decades before the age at which coronary heart disease (CHD) becomes a clinically recognized problem.” Follow-up studies on the hearts of thousands more soldiers over the subsequent years confirmed their results.

How young does it go?
Fatty streaks, the first stage of atherosclerosis, were found in the arteries of 100% of kids by age 10. What’s accounting for this buildup of plaque even in childhood? In the 80s we got our first clue in the famous Bogalusa heart study. This looked at autopsies of those who died between the ages of 3 to 26 year-olds, and the #1 risk factor was cholesterol intake.

You could see the stepwise increase in the proportion of their arteries covered in fatty streaks as the level of bad cholesterol in the blood increased. As powerful as this was, this was only looking at 30 kids. So they decided to study 3000: three thousand accidental death victims, ages 15 through 34.

After thousands of autopsies, there were able to produce a scoring system that could predict the presence of advanced atherosclerotic lesions in the coronary arteries of young people. The higher your score, the higher the likelihood you have these lesions growing in the arteries that pump blood and oxygen to your heart. So if you’re in your teens, twenties, early thirties and you smoke, your risk goes up by one point. If you have high blood pressure at such a young age, that’s 4 points. If you’re an obese male, that’s 6 points, but high cholesterol was the worst of all. If your non-HDL cholesterol (meaning your total cholesterol minus your good cholesterol) is above 220 or so, that was 8 times worse than smoking.

It does not concern me, right?
Let’s say you’re a woman with relatively high cholesterol, but you don’t smoke, you’re not overweight, your blood pressure and blood sugars are OK. At your sweet 16 there’s just a 1 in 30 (3%) chance you already have an advanced atherosclerotic lesion in your heart, but if you don’t improve your diet, by your 30th birthday, it’s closer to a 1 in 5 (20%) chance you have some serious heart disease, and if you have really high cholesterol it could be closer to 1 in 3 (33%).

So, what can I do?
Bring your cholesterol down to even just that of a lacto-ovo vegetarian and your risk levels are way down, and if you exercise to boost you HDL you can extrapolate down to here, etc. So what this shows us is that even in 15- to 19-year-olds, atherosclerosis has begun in a substantial number of individuals, and this observation suggests beginning primary prevention at least by the late teenage years to ameliorate every stage of atherosclerosis and to prevent or retard progression to more advanced lesions.

If you start kids out on a low saturated fat diet, you may see a significant improvement in their arterial function by 11 years old. “Exposure to high serum cholesterol concentration even in childhood may accelerate the development of atherosclerosis. Consequently the long-term prevention of atherosclerosis might be most effective when initiated early in life,” as in weaning infants.

Atherosclerosis, hardening of the arteries, begins in childhood. Remember, by age 10, nearly all kids have fatty streaks, the first stage of the disease. Then… the plaques start forming in our 20s, get worse in our 30s, and can start killing us off in early middle age. In our hearts it’s a heart attack, in our brains it’s a stroke, in our extremities it can mean gangrene, and in our aorta, an aneurism. If there is anyone watching this video that is older than 10 years of age, the choice likely isn’t whether or not to eat healthy to prevent heart disease, it’s whether or not you want to reverse the heart disease you already have.

To see any graphs, charts, graphics, images, and quotes to which Dr. Greger may be referring, watch this video.

Article compiled on the grounds of Nutritionfacts.org by:

Liisa-Indra Pajuste: the heart and soul of www.banaanisaar.ee Liisa-Indra saw so much good information accumulating, that she had to find an output to share it with other people. She sees how much healthier people could be, if they opened their eyes and wasn’t led by fear. She is in a journey, and wishes to share what she encounters. For inspiration, support, and motivation.

Nele Liivlaid: founder of Nutriplanet.org
She has been into healthy eating for many years, but developed a more profound interest in nutrition and related diseases when she started reading The China Study and other special books on nutrition. After being in real estate and hospitality business for more than 10 years she decided to totally change her path to spread the word about healthy and sustainable nutrition and lifestyle.