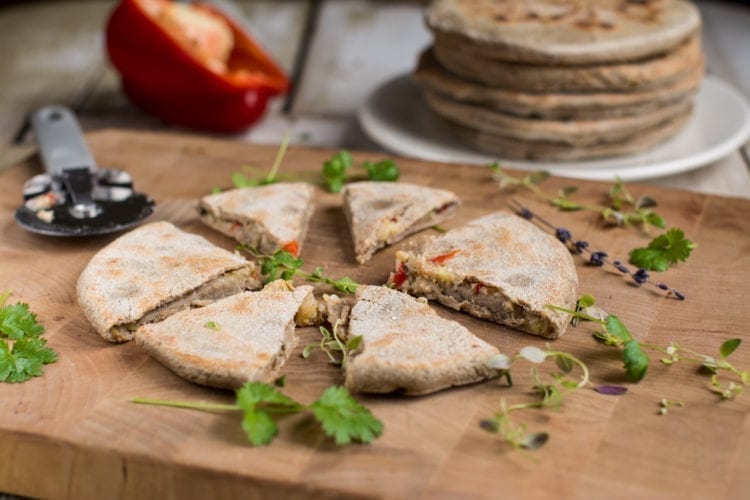 I had been craving for stuffed flatbread (paratha) for some time as my hubby and kid bought them once a week from an Indian place. Unfortunately I couldn’t have them, as they were not gluten-free nor Candida diet friendly in any other way. Even my hubby was not quite happy as they contained oil. He had asked me for quite some time to create my own healthy gluten-free stuffed flatbread version.

It’d been a while since I tried someone else’s recipe when I bought Vegan Street Food by Jackie Kearney. It has proven to be a really inspiring buy! Of course there’s a lot of adjusting to do making the recipes oil-free and vegan Candida diet friendly, but I’ve always liked to give my own signature to whatever I do. Furthermore, I’ve been drawn to Indian cooking and spices lately, so the timing couldn’t have been better. I especially like that she lists and explains the main spices and herbs that would be used in the recipes, so that it was easy to go shopping and have everything beforehand. 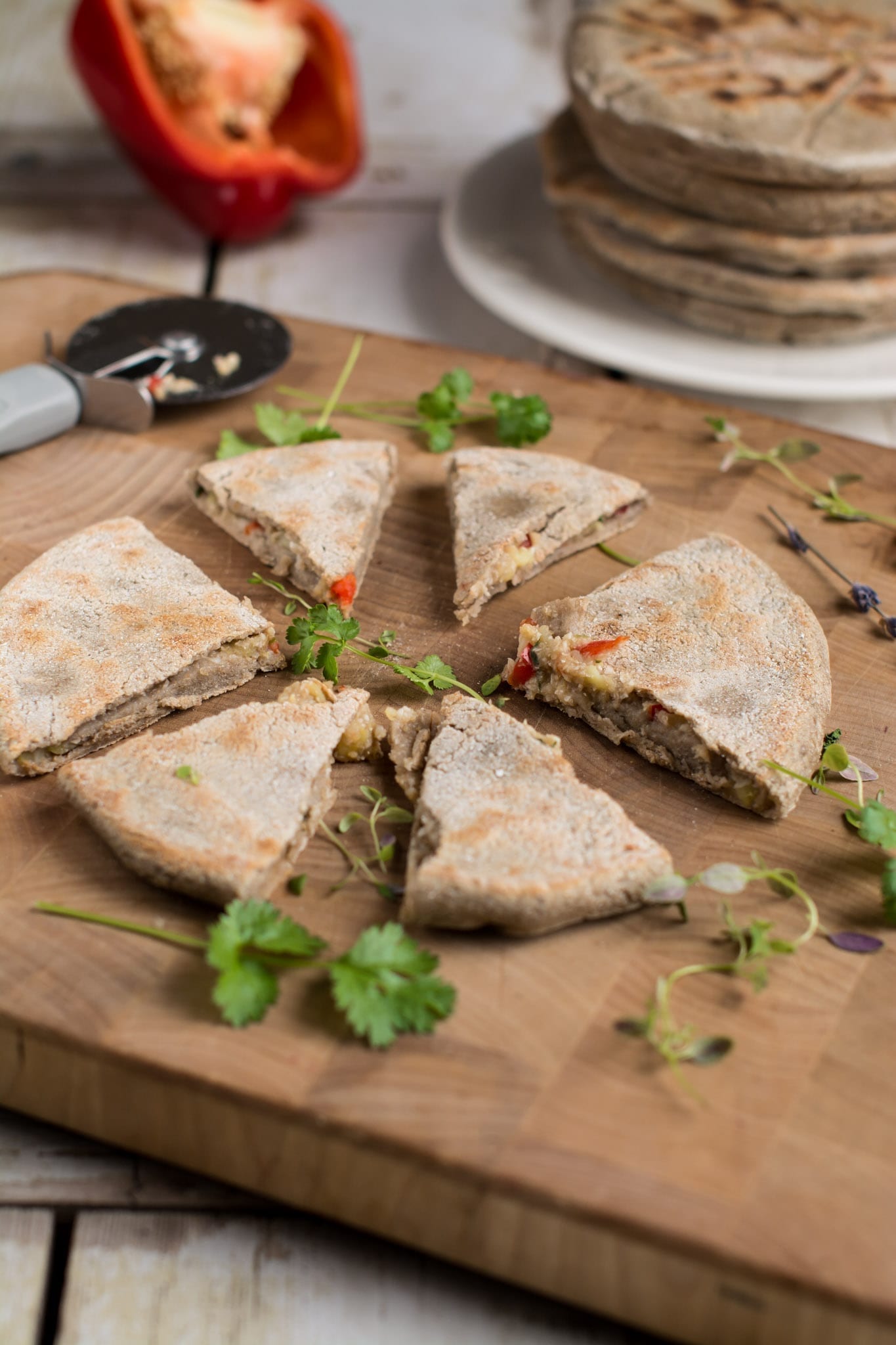 So, in the morning of my kid’s 7th birthday I took on Jackie’s recipe to make the gluten-free stuffed flatbread paratha for his parties in the evening and on the following day. I used raw buckwheat flour and a bit of chickpea flour (gram flour). To my great surprise the dough needed a lot more water than stated in the recipe, but I managed to find the right quantity.

I left the filling almost as it was, except I ditched the chillies and added a bit of red bell pepper. The second time trying the recipe I substituted potatoes with sweet potatoes and liked the result even better.

My kid’s birthday party with his grandparents was all Indian themed – besides the gluten-free stuffed flatbread paratha there was red lentil dhal and whole grain rice and of course lot’s of fresh lettuce. Needless to say, everything was eaten. On the following day at kids’ party I put the parathas on the table side-by-side with classic potato salad, hummus, raw veggies, beet salad and berry-mint infused water. The kids themselves called the stuffed flatbread paratha pizza and were happy 🙂 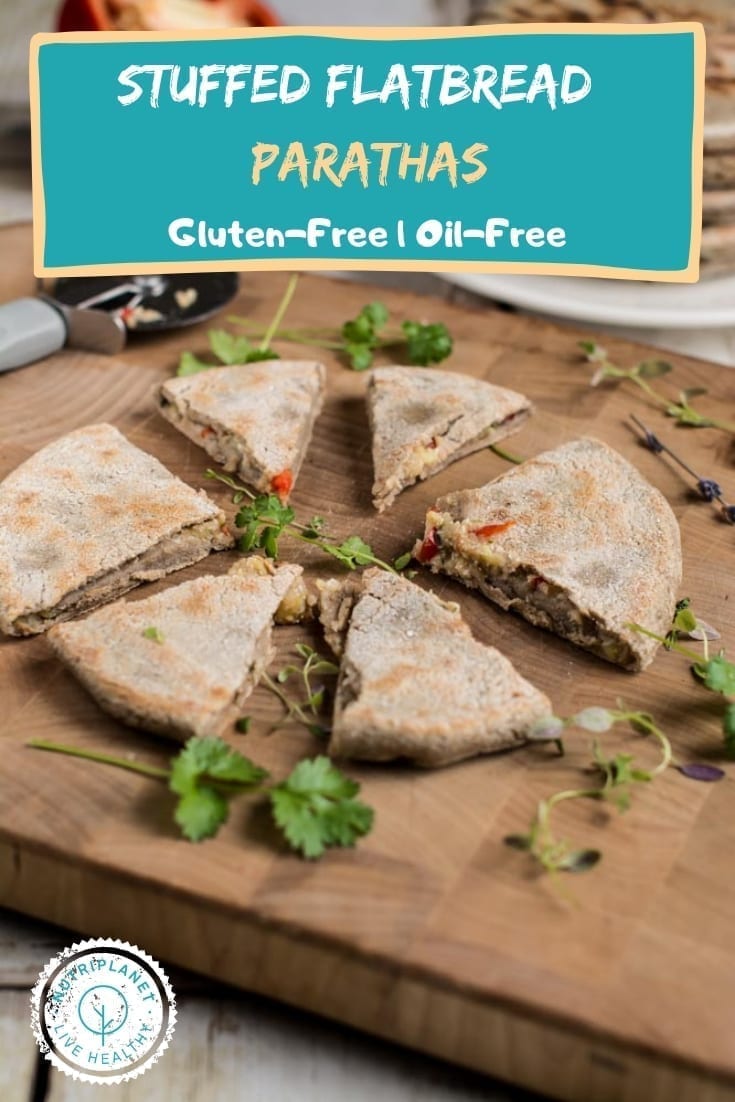