I could not have imagined putting beans into a brownie, the first time I stumbled upon a vegan brownie recipe with beans at Talia Fuhrman’s website two years ago. However, after trying it out, it became one of my favourite sweet treats.
Now, when I offered this brownie to my guests for the first time, I did not advertise it a vegan brownie recipe with beans. Instead, let them guess the ingredients. Of course, no one guessed right, but almost everyone liked it. So far, I’ve only had one exception.

To make this vegan brownie recipe a bit leaner, prepare it without the cashew cream on top. Instead, serve it with banana-berry ice-cream or with a simple berry sauce.

To sum it up, my vegan brownie recipe with white beans and peanut butter is plant-based, sugar-free, oil-free, and gluten-free. 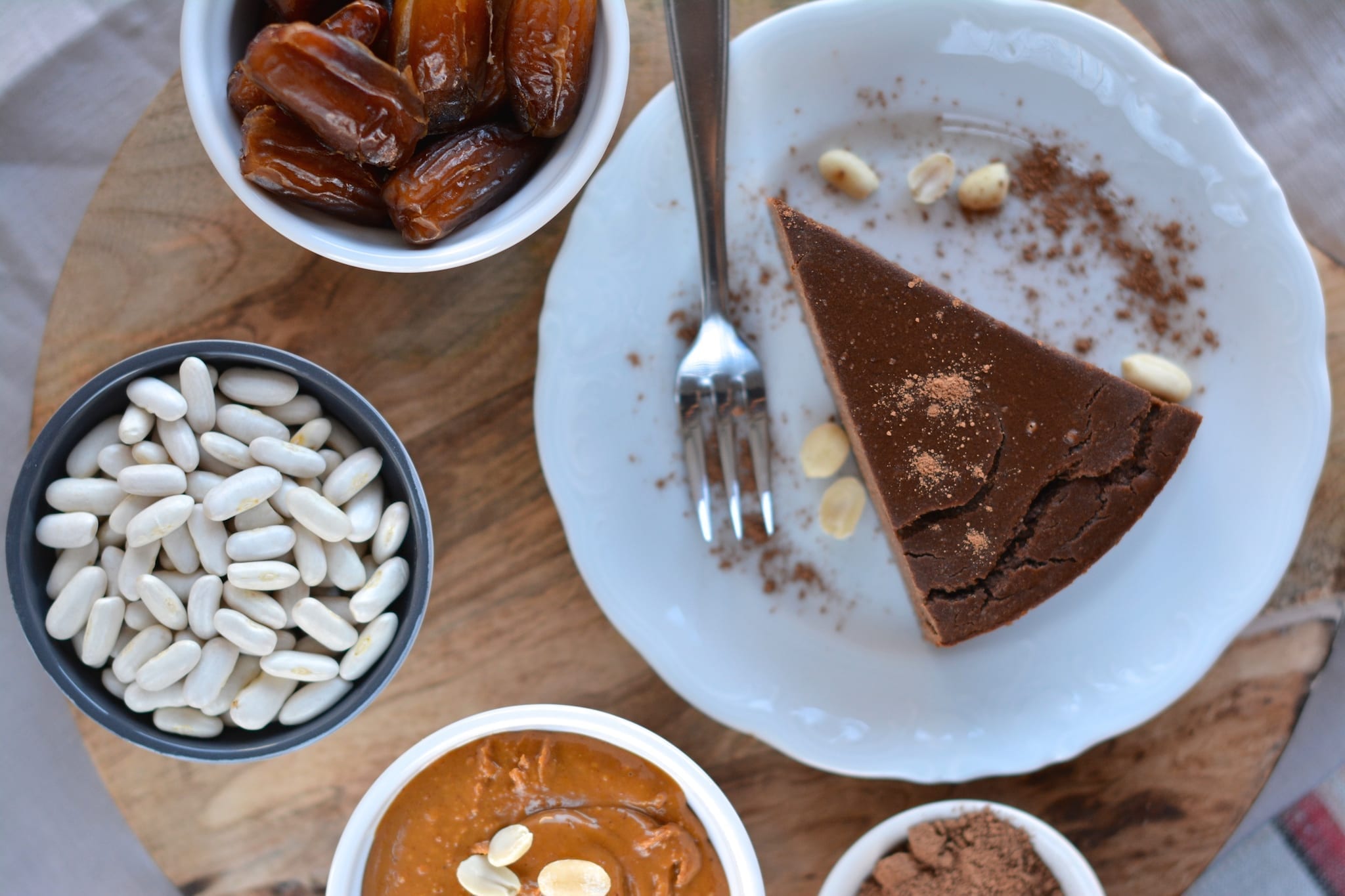 Tips on my vegan brownie recipe:

Disclaimer: the recipe contains links to products that I recommend and that meet my requirements.