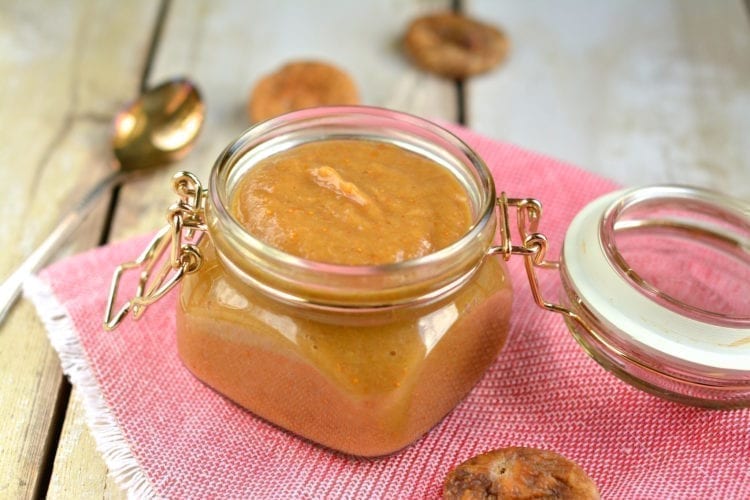 It’s the time of the year when many of you start to make jams for winter. I still remember it from my childhood – there was a big pot constantly simmering on the stovetop and the kitchen table was covered with empty sterilized jars soon to be filled with hot home-made jam. Now, when I think of it, it just seems such a waste to boil those nutritious berries and mix them with sugar. If I remember correctly the ratio was half sugar and half berries with almost no vitamins left after all this boiling. It would have been a lot wiser to freeze the goodies for winter, but what can one do – it was the jam era 🙂

I think the rhubarb-fig sugar-free jam is the first jam I have ever boiled, except of course for applesauce, which could also be considered as jam.

Fortunately these days my mom is also making sugar-free applesauce with cinnamon that we get to enjoy all winter. She used to use all this sugar in the past because she was taught it was the only way to conserve the jams – she now knows the applesauce does just fine if the jars have been properly sterilized.

I usually make my jams using fresh berries and use it up in 1-2 days. However, when the idea of rhubarb jam stroke I knew heat and also something sweet had to be used. I decided to go for figs as sweetener as they have lower glycemic load than dates, but you can experiment with all sorts of dried berries, just pick your favourite. I especially like the crunchy fig seeds that make the consistency so much richer. Moreover, figs are rich in calcium, potassium and iron, and have lower glycemic load than dates. Also, figs contain five times more calcium than dates.

Rhubarb is low in saturated fat and sodium, and very low in cholesterol. It is also a good source of magnesium, and a very good source of dietary fibre, vitamin C, vitamin K, calcium, potassium and manganese.

Use it on buckwheat pancakes, oil-free oven waffles, corn or buckwheat crackers, with buckwheat ricotta or chia pudding. 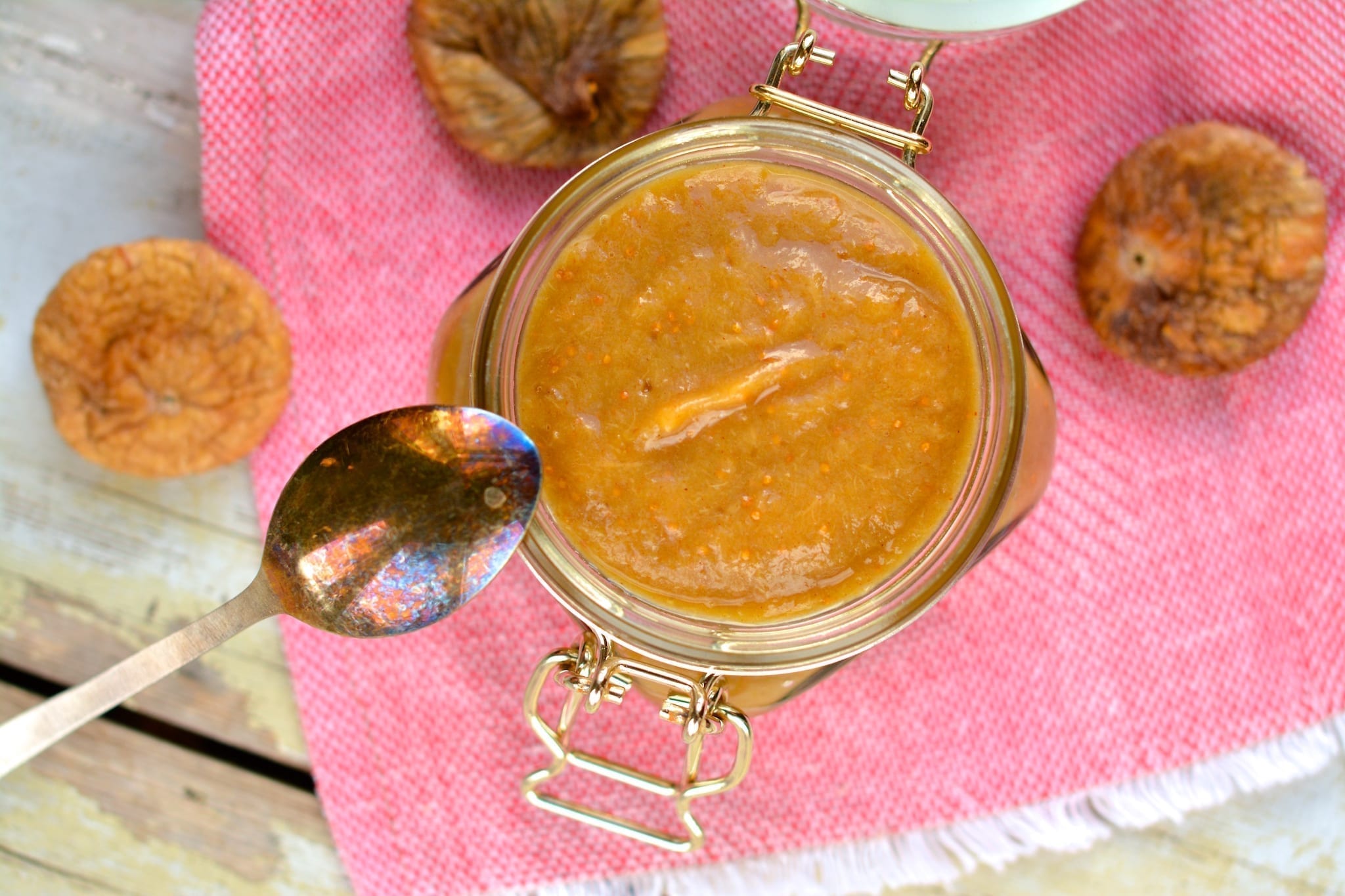 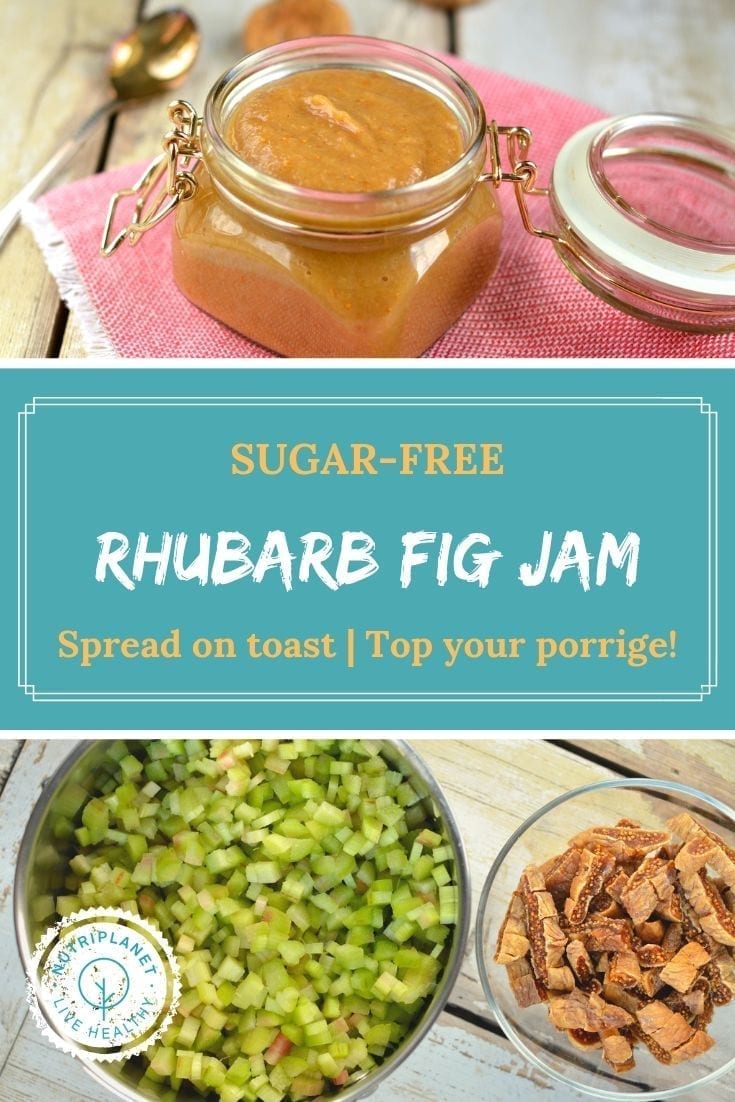