Home / Plant-Based Lifestyle / How to Start a Plant-Based Diet: Family and Friends [Video] 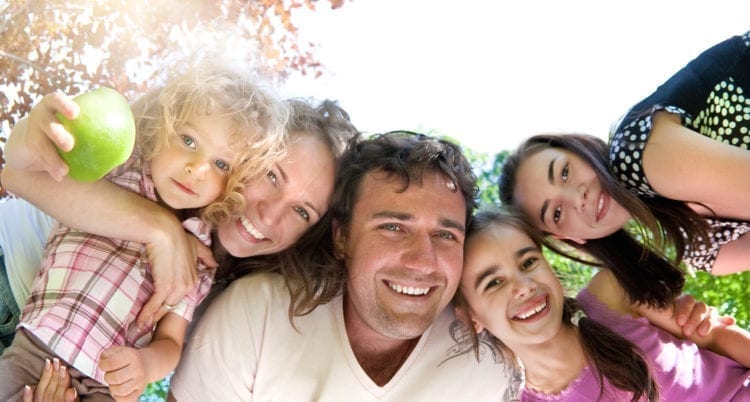 Learn how to start a plant-based diet when your family is not on board. Follow my practical tips to make your lifestyle change easier and maybe even get your family involved!

Download my FREE Guide to Plant-Based Diet
Including a full day’s meal plan!

Learn the basics, prepare your kitchen and pantry, compile a balanced meal plan, handle challenges with family and friends, learn the tricks of dining out as well as travelling.

Learn the secrets of weight loss, better health and happiness!

How to Start a Plant-Based Diet: Dealing With Your Family

Since most of us live with others and share meals, it’s inevitable you’ll have to tell them about your lifestyle change. It’s good to say you’ve been doing research on healthy habits and reading about the benefits of a whole food plant-based diet.

Next, name your reasons for starting a plant-based diet and whatever they might be: weight loss, other health issues, digestive problems, bad skin or environmental and ethical considerations.

Don’t try to push anyone into accepting your change right away.  Let them adjust to your new way of eating and, at some point, we’re sure they’ll show interest in trying the foods you’re having.
You can start by baking or preparing delicious oil-free and sugar-free cakes and desserts to get your family involved.

It’s important to avoid any stress related to food and family meals. Don’t push anyone into something they’re reluctant to change. This is also an important aspect when it comes to you, not just other family members.

Serve the change as a thrilling new challenge and not as a must-do. Don’t try to make the switch overnight. Start as simple as adding more greens, vegetables, legumes and fruits to your family’s menu.

Don’t be offended when your family doesn’t like what you’ve cooked. As we all know, it might be that you need to practice your new way of cooking or that everyone’s taste buds (yours included) need to get adjusted to new flavours. It can take up to 20 attempts before you start enjoying a new taste. If you don’t like something after 20 times, you probably won’t ever like it.

For me it took three to four times before I started appreciating artichoke and fennel, but now I absolutely love the taste of these veggies. Never give up and always try new things!

Zinc-rich foods are excellent palate balancers. Try including spinach, sesame seeds, dry yeast (if you can tolerate it), cacao, poppy seeds, flax seeds, pumpkin seeds and nori sheets in your menu. This is especially true when it comes to kids and seniors.

Are you the only one in your family starting healthy eating?

If you’re the one doing the cooking then it’s easy to make the change solo. Begin by trying to get your family to eat a plant-based diet at home. They can have whatever they want when they dine out. This will make your life easier.

Have one to two meatless days a week and then gradually increase the number of days you cook without meat. You’ll know what’s the best schedule for your family.

Don’t make the plant-based meal a big deal. Just prepare the food and serve it. No one will notice the absence of meat in a dish such as bean-lentil chillies with rice. It’s a hearty and filling dinner.

You can also market meatless meals as Mexican or Indian nights (cultures where there are a lot of vegetarian options.) Again, don’t say there won’t be meat on the menu.

Try not to have any refined foods, especially sweets, in your home. This way your family (note kids) won’t be tempted to eat the processed snacks. Instead, prepare healthy sweets and desserts or buy them from a health food store. Just be sure to read the labels carefully.

If you can’t persuade your family to eat plant-based at home, cook two dinners instead. It’s easier than you think.

Knowing a balanced plate consists of ½ vegetables (raw and cooked), ¼ starches and ¼ protein, it’s easy to mix and match.

For example, while preparing a stew steam some veggies for everyone and cook the meat/fish separately. For a curry, prepare your beans/lentils and again, cook the meat/fish on the side. You can also include the starches (potatoes, corn, parsnips or whole grains) in the stew/curry or cook them separately.

Try including some legumes in stews and curries so your family gets used to the taste and texture. Of course, many people get digestive problems when eating animal products, grains and legumes at same meal.

Cooking for people with preconceptions

Use plant-based creams and coconut milk when cooking. No one will notice the difference, as these substitutes taste great.

Almost everyone likes dessert and it’s no different when it comes to healthy eating. You’ll find recipes for muffins, brownies, candies, puddings and cakes in my book Plant-Based Made Easy and on this blog.

It’s easy to start a plant-based diet when everything tastes yummy. For some people it’s the matter of sweetness and you’ll find your taste buds adapting as you decrease the amount of sugar in your sweet treats. You’ll actually enjoy the flavour and texture of the real food ingredients and not the sweetener like sugar, agave or honey.

When cooking for a group of friends, I suggest making the desserts a bit sweeter than you’d usually have them. Saying that, try adapting your family’s palate. Start using dates as a sweetener as they’re not only extremely sweet but also have a nice caramel taste.

If your family has preconceptions about what you’re making, don’t tell them what ingredients you’re using until they’ve tasted the food. By saying the brownie they’re about to eat was made with two cans of beans; they’re going to turn their noses up at it. It’s simple psychology and affects the way they perceive the taste.

I myself was surprised when I first tried a brownie recipe that called for beans. Beans weren’t something I would have ever thought about putting in a sweet dish. But I made the recipe and it’s now one of my family’s favourite desserts.

Other satisfying treats use avocados. I know several people who thought it strange to put avocados in desserts. The soft green fruit is conventionally used in salads and salty spreads. After eating an avocado-banana pudding I prepared, the naysayers changed their minds.

Introducing new foods is fun and educational. Eat dates and bake muffins with applesauce instead of oil. For those looking for a new nutty flavour, try spelt. Of course, you can prepare nut spreads and cashew mayonnaise (all my carnivore friends sigh with satisfaction when they taste it.)

How to start a plant-based diet if you are not the one doing the cooking? Persuade the cook to consider your new lifestyle and introduce him/her to the concept of cooking two dinners. If the cook is reluctant to do so, ask him/her to at least cook the meat separately and use plant-based creams or coconut milk. Always have a can of beans on hand so you can have something ready to serve with your meal if you don’t want to cook.

A big thing to consider is to actually start cooking! Plant-based stew/curry recipes are simple to prepare, even if you’re a beginner.

If preparing a curry sounds too scary, start by boiling rice and lentils and then steaming some veggies. Can’t do that? Anyone can chop vegetables and make a salad.

The trick is not to lecture but to be a good example. By continuing along your healthy path, people will learn it’s not some kind of fad. They’ll also see the positive effects the new lifestyle has on you (weight-loss, more energy, better skin, overall improvement in health) and they might be impressed and try it out themselves.