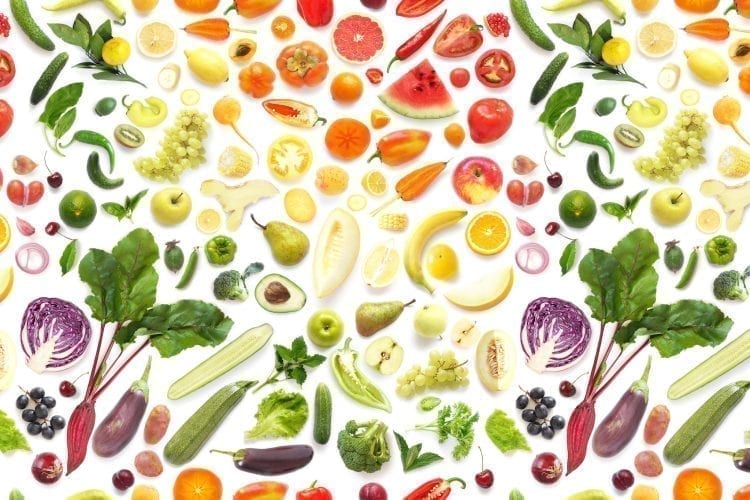 What Are Glycemic Index and Glycemic Load

Did you know that not all carbohydrates are the same? Some of them create much greater fluctuations in blood sugar levels than others. It’s important to remember that processed foods and foods containing lots of sugar (quick carbohydrates) are rapidly absorbed into the blood and raise our blood glucose levels immediately. Consequently, a fast drop in blood sugar levels follows, causing irritability, difficulties in concentration, a sudden surge of tiredness, fogginess and cravings for something sweet or another cup of coffee. And if your blood sugar goes too high, your brain signals your pancreas to secrete more insulin. Insulin brings your blood sugar back down, but primarily by converting the excess sugar to stored fat. Also, the greater the rate of increase in your blood sugar, the more chance that your body will release an excess amount of insulin, and drive your blood sugar back down too low. [1]

People with diabetes have an even worse problem. Their bodies’ inability to secrete or process insulin causes their blood sugar to rise too high, leading to a host of additional medical problems. [2]

Also, people with Candida overgrowth and hormone imbalance must look after their blood sugar balance.

Don’t forget that balanced blood sugar levels don’t only depend on what you eat, but also how and when you eat. You’ve probably seen the abbreviation GI (glycemic index) before on food packages. This tells you whether the carbohydrate in the particular food is a “slow” or “fast” type of carbohydrate.

Glycemic Index values are determined experimentally by feeding human test subjects a fixed portion of the food (after an overnight fast), and subsequently extracting and measuring samples of their blood at specific intervals of time. [3]

The theory behind the Glycemic Index is simply to minimize insulin-related problems by identifying and avoiding foods that have the greatest effect on your blood sugar. [4]

What glycemic index doesn’t do is indicate how large the proportion of the carbohydrate is and how it’ll affect your blood sugar levels. The deficiency has led nutritionists towards the development of the improved index GL (glycemic load), which is the GI multiplied with the regular helping (portion) of the particular food. This index enables you to obtain a much better idea of the actual impact on the blood sugar level.

Glycemic Load is calculated this way:

What is a Low Glycemic Diet?

I’ll show you how easy it is to exceed those points. For example, 100 grams of rolled oats (dry weight) give 39 GL points. Now, many people make their oatmeal with 60-80 grams of oats. Simple calculations tell you that this translates into 23.4-31.2 points. After adding the fruits or even syrups and other toppings and you’re way above the suggested.

Conclusions from several studies suggest that low-GI and -GL diets might have a modest but significant effect in the prevention of type 2 diabetes.

Observational studies have found that higher glycemic load diets are associated with increased risk of cardiovascular disease, especially in women and in those with higher BMIs.

Results of two studies indicate that GI and GL may be related to gallbladder disease. Namely, a higher dietary GI and GL were associated with significantly increased risks of developing gallstones.

So, lose weight, but do it wisely – it’s not very smart to over consume foods high it fat (oils, nuts and seeds).

As straightforward as it may sound, it’s not quite so simple or black and white with GL and GI diet. The reasons are as follows:

GI values have so far only been determined for about 5% of the foods. Next, similar foods can have very different GI values, so it’s not always possible to estimate GI from either food type or composition. This means that each food has to be physically tested. Nutritiondata has derived a formula that can estimate the Glycemic Load for untested foods, based on comparative analysis with foods of similar composition.

Reported GI values are generally averages of several tests. Now, there’s nothing wrong with methodology, but individual measurements can vary significantly. For example, baked Russet potatoes have been tested with a GI as low as 56 and as high as 111! Also, the GI for the same fruit has been shown to increase as the fruit ripens. As GL is derived from GI value, it may vary to same extent.

Generally, any significant food processing, such as grinding or cooking, will elevate GI values for certain foods, because it makes them quicker and easier to digest. The change is even seen with subtle alterations of preparation, such as boiling pasta for 15 minutes instead of 10.

While the tests are done on individual foods, we consume those foods in combination with other foods that contain fibre, protein, or fat. The latter components will generally reduce the Glycemic Index of the meal.

Reliance on GL or GI only can lead to weight gain

As foods that are higher in carbohydrates also tend to have higher glycemic load, people may lean too much towards high-fat foods that also happen to be low GI and GL. This way, however, you could easily end up over consuming fats and therefore calories. [8]

More Trouble with GI and GL?

Despite the new and improved GL, many food packages still only include the GI. To clarify the issue, I have examples of a few foods that have a dramatic difference between GL and GI.

When based only on GI levels, this casts a negative light on the foods that actually have nearly no impact on our blood sugar controls and related weight risks.

Foods that have high water content (such as watermelon, cucumbers, apples, etc.) or fibre content (such as carrots, beetroots, etc.) won’t create dramatic blood sugar fluctuations despite their high GI values. This applies when eaten in moderation. The problem is when we eat foods with a higher GI or GL because these are the things we often over consume. The most common examples are various grain-based foods, potatoes, sweet potatoes, corn, etc.

In order to avoid the dramatic hills and valleys in your blood sugar levels, eat plenty of foods with low GL and a moderate amount of those with medium GL. For example, a banana has high GL, but if you add it to a smoothie with leafy green vegetables, berries, seeds and some plant-based milk, you’ll have a nutritious meal as well as good blood sugar control.

I personally find Dr. Greger’s approach the simplest and most straightforward.

Since fullness or satiety factor is the most important when it comes to over eating, we must look for fibre in the food we consume. Fibre is the component that makes us feel full and satiated.

So, Dr. Greger came up with this brilliant five-to-one rule that you can test any foods or products up against. Simply divide the grams of carbohydrates by the grams of fibre in the same portion of the food you’re testing. If the result is 5 or less, go for it! You can read more on this topic from Dr. Greger’s book How Not to Die.

Foods to Eat on a Low Glycemic Diet

Tips on Lowering the Glycemic Load of Some Whole Plant Foods

To sum it up, all the research basically meets at the same place – people benefit from a diet comprised of minimally processed whole plant foods that also tend to have lower glycemic load.

Disclaimer: this post contains affiliate links. As an Amazon Associate I earn from qualifying purchases.

Learn the secrets of stable blood sugar, weight loss, more energy, and better health in my new Guide to a Low Glycemic Diet