Home / Natural Cure / Castor Oil Packs Benefits and How to Use 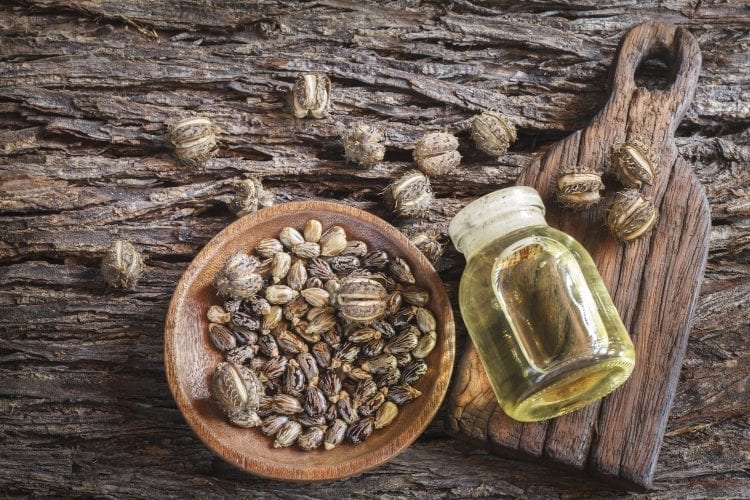 What is castor oil?

Castor oil is a vegetable oil pressed from ricinus communis, castor beans. The name probably comes from its use as a replacement for castoreum. The latter is a product made by beavers. To be more precise, beavers have castor sacs between their genitals and their anus that produces a liquid substance. This substance, called castoreum, is used by the beavers to grease their fur and to mark their territory with an individual beaver’s scent.

Castor oil is a colourless to very pale yellow liquid with a distinct taste and odour. It’s noteworthy that castor beans contain a toxic enzyme called ricin. However, the heating process that castor oil undergoes deactivates it, allowing the oil to be used safely.

Ricinoleic acid, the main fatty acid found in castor oil, has impressive anti-inflammatory and pain reducing properties. One study demonstrated that treatment with a gel containing ricinoleic acid led to a significant reduction in pain and inflammation when applied to the skin, compared to other treatment methods. (1)

With an inflamed intestine and gut, the body will hold water in the abdominal area to decrease the irritation. This leads to excess weight in your abdomen, the so called central obesity. Castor oil packs help to reduce and regulate the inflammation in the abdomen, so that you can work towards that flat belly you are dreaming of.

In addition, it also reduces substance P in the body. The latter is a chemical messenger that promotes the sensation of pain. (2, Vieira C et al. .Effect of ricinoleic acid in acute and subchronic experimental models of inflammation. Mediators Inflamm. 2000;9(5):223-8)

By applying the pack on the body, most commonly the liver area underneath the right ribcage, you stimulate the sensory receptors in the human hairy skin. This sends a message via the sensory receptors on the skin, to the organs inside the body. The corresponding organs that are affected are the liver, pancreas, stomach, small intestine, large intestine, kidney and adrenals. Because the stimulus is soft to the touch and pleasurable, it moves your body into the relaxed state. Studies show that stimulation of the skin lights up the areas of the brain exactly as they do with pleasurable, dopamine-stimulating fatty meals. However, castor oil packs are healthy while fatty meals are not!

You want to make sure that you are using good quality organic cotton flannel that is soft to the touch. It’s because the sensory receptors identity the soft sensation as pleasurable, which promotes the relaxed state. So, the pack is just as important as the oil. If you use the oil on your body without the pack, you will lose the majority of the relaxation benefit.

Why do you need to be relaxed in the first place?

It’s because when you are relaxed you can heal, your digestive system produces all of its juices with ease, e.g. digestive enzymes, bile, hydrochloric acid and immune factors. Therefore, all the supplements and organic food that you are eating will absorb even better if you are using castor oil packs. When your body is in the stressed state, the functions such as cleansing and detoxing will go on maintenance mode instead of being enhanced. Relaxing your body with castor oil packs is the recipe for proper cleansing and detoxification.

Castor oil packs become crucial when you’re on cleanse. It’s because they help avoid cleanse symptoms such as headaches, skin irritation, moodiness, joint/muscle aches and pains. The reasoning behind it is that in the relaxed state your blood flows to your internal organs allowing you to digest, cleanse and reset.

Glutathione is your master cleansing agent. It is a molecule that helps with elimination of most, if not all, toxic substances from the body including things like heavy metals and excess and used oestrogen. So, castor oil packs for fibroids is a real thing!

Selenium is an essential mineral and a glutathione cofactor, meaning it’s a substance needed for glutathione activity. So make sure to eat your 1-2 Brazil nuts a day.

However, dietary glutathione is poorly absorbed by the human body. Additionally, cooking and storage conditions can decrease the amount of glutathione found in food.

Also, researchers conclude that the curcumin found in turmeric may assist in restoring adequate levels of glutathione and improve the activity of glutathione enzymes.

Alternatively, you can also take liposomal glutathione as a supplement.

It’s also important to remember that chronic lack of sleep and lack of exercise may decrease glutathione levels. So, get good restorative sleep every night and exercise regularly.

This alludes to the benefits of castor oil far beyond what we comprehended.

Castor oil packs help with constipation by stimulating smooth muscles of the body. When you are constipated, the junk the needs to come out, keeps recirculating in your body.  This builds your toxic load and predisposes you to problems like excess cholesterol, hormone imbalances and much more.

Smooth muscle is what the intestines and guts are composed of, as is the uterus. Working with castor oil packs stimulates these to move. That being said, try out castor oil packs instead of using laxatives.

A very common issue for many people is overpopulation of bad gut bugs, i.e. bad bacteria. The latter take up residency in your gut and steal space from probiotics that do great things for your body. For example, they produce B vitamins and by-products like butyrate, which contribute to gut health. The bad bacteria just wreak havoc. They can even produce a protective layer called biofilm to keep them from being terminated. Biofilm can be so strong that it makes it almost impossible to kill off the bad bacteria. As soon as you’re able to break down the biofilm, you have a much better chance of getting the bad guys out of your system and restoring the peace.

The probiotics you are taking are actually going to work better and provide you with super health if you are able to get rid of biofilm in your gut. Wow, you save money and feel better faster.

Other benefits of castor oil:

How to Make a Castor Oil Pack

Making your own castor oil pack can get quite messy, which might diminish the odds of you going through with it.

That’s exactly why Dr. Marisol Teijeiro, naturopathic doctor from Canada has designed castor oil pack (compress) that is so easy to use and is totally mess-less and heat-less. It is made from organic cotton without flame retardants on the inside and a non-toxic barrier layer on the outside made from eco and health friendly poly-urethane (PUL).

However, you can definitely make your own castor oil packs as well. Here are the steps to follow:

How to Clean Your Castor Oil Pack

Start by soaking the pack in the solution of baking soda and hot water, using four ounces (113 grams) of soda to two quarts (1.9 litres) of water. Do that for at least 20 minutes. (14) If necessary wash it with natural dish soap.

Next, wring it out entirely and allow it to air dry.

Castor oil is a carrier substance as well as a healing agent. In a plastic bottle, castor oil will bind to the chemicals in plastic and bring it into your body.

Moreover, any oils that you’re using in or on your body should be in a glass bottle. Also, organic is better, because it is produced cleaner and has had less exposure to chemicals and pesticides.

Dr. Marisol Teijeiro has a bundle with castor oil pack compress and 500ml of castor oil in dark glass bottle.

Disclaimer: this post contains affiliate links. As an Amazon Associate and Queen of Thrones affiliate I earn from qualifying purchases.