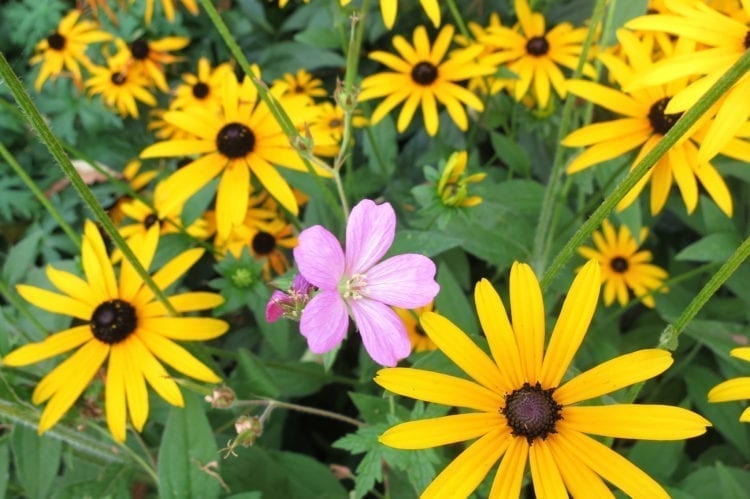 At the end of last year, articles like this one were written about a study that showed that out of those who go vegetarian or vegan, 84% end up going back to old habits.

One of the main reasons cited is that people didn’t like ‘sticking out’ or being different.

I’m not sure how accurate this study was, but even if there is a certain number of vegans who relapse for this reason, I understand this. Of course it can be disheartening to not feel a part of something that our friends and family are all part of. We live in a largely non-vegan world and there are reminders of this everywhere.

But here is why you should never let fear of ‘sticking out’ get in the way:

You are a unique being born from an inexplicable collision of energies and information. There are precisely no others on the planet like you, nor will there ever be. You have quirks and idiosyncrasies and weirdnesses all your own. Vegan or not, you’re an original already. So there!

2. Awareness of veganism is on the rise.
I post a round-up of plant-based and vegan news every week, and I can tell you for sure that even in the relatively short time I’ve been doing this, there are more vegan-related articles each week than ever.

Right now, vegans are from the future, this is why you might feel you stick out. But the future has a habit of becoming the past ridiculously fast, and with interest in veganism growing exponentially minute by minute it seems, it will soon enough be mainstream.

My point is, even if you feel you stick out now, you’ll not stick out for long, and you’ll be ahead of the curve to boot!

Always speak your truth (when asked!), and even when it seems that everyone disagrees with you, you’ll be surprised how many seeds of curiosity you’ve sparked, and how most people will respect and secretly admire you for voicing a different way of thinking.

4. Where would we be without Martin Luther King, Rosa Parks, the Suffragettes?
Yes, these are great people who we all revere, but ultimately, they were just ordinary people like us who saw injustice and spoke out against it; not great extroverts who particularly wanted to be different. Don’t worry, you don’t have to be as prominent in your cause as these people were in theirs; just speaking your truth when it’s appropriate is enough.

5. Know that sticking out doesn’t mean you think you are ‘better’ than anyone else.
It just means you simply decided to live in alignment with new values you gained through information you happened to come across.

If we are wise we DO change our opinions and ways of doing things when we find better information; this is all you’ve done. If anyone tries to lay the ‘you think you’re better…’ shtick on you, this is testament to their insecurity with their life choices, nothing else.

…But if you DO find yourself feeling a little, well, different – do these things:

Or:
‘I have the courage to live in accordance with my values of compassion to all beings, and with awareness of the needs of the planet, ensuring it is liveable for future generations. I also live in such a way that optimises my health, so I can work and serve others better and more efficiently, and not have to keep focussing on petty health issues. The way I live helps combat world hunger – my food does not eat food that could be fed to starving people.’

Granted, it doesn’t roll off the tongue as easy as ‘I stick out,’ but isn’t it hella cooler?

7. Remember, everyone has issues.
Don’t forget – everybody in the planet has (or has had) issues that make them feel isolated.

No-one escapes the issues. Sometimes these issues are small, sometimes not.

I’m not trying to say ‘some have it worse so quit whining;’ or to diminish your issue of feeling different, living as a vegan here on Planet Bacon as you do – trust me, I live here too, I get it. But it’s a fact that there are some truly awful reasons why some people feel alienated from the rest of the planet.

We as vegans are ‘different’ because we’re lucky enough to have come across, understood and internalised information that is life-changing (for us and the animals), planet enhancing, hunger reducing and, many believe, world-peace promoting.

Some say this information finds you when you’re ready.

Maybe it’s worth feeling a little ‘different’ for?

8. Revisit your initial inspirations continually.
Whether it was Earthlings, Forks Over Knives or Cowspiracy; or one of the incredible talks (Melanie Joy, Gary Yourofsky), or books on veganism; you got the information that motivated you to go vegan from somewhere.

Go back to this inspiration whenever you need morale and to get reinvigorated.

9. Find like minds.
Once upon a time you may well have been the only vegan in the village – now that would have been lonely.

Thank God for the internetz!

You can find your people with a quick consult with Professor Google.

Connect with other vegans via social media, find local vegan meetups, and look out for local vegan potlucks. These new connections will help you stop feeling like you ‘stick out’ as much, because you’ll be part of a whole vegan community.

Above all, keep on ‘sticking out’ – trust me, the planet and the animals need your difference!

For One Green Planet:
http://www.onegreenplanet.org/vegan-food/why-its-ok-to-be-vegan-ish/

About author: Karen has been vegan for so long; she thought it was beyond high time she started using her experience and qualifications to help people transition to a whole food, plant-based diet healthfully, joyfully and deliciously. Any health issues? She is qualified as a vegan and vegetarian nutritional therapist (from the British School of Yoga) and can help you implement dietary changes to improve or eliminate these. Connect with her: vegancoach.co.uk, email address [email protected], Twitter @KarenCottenden