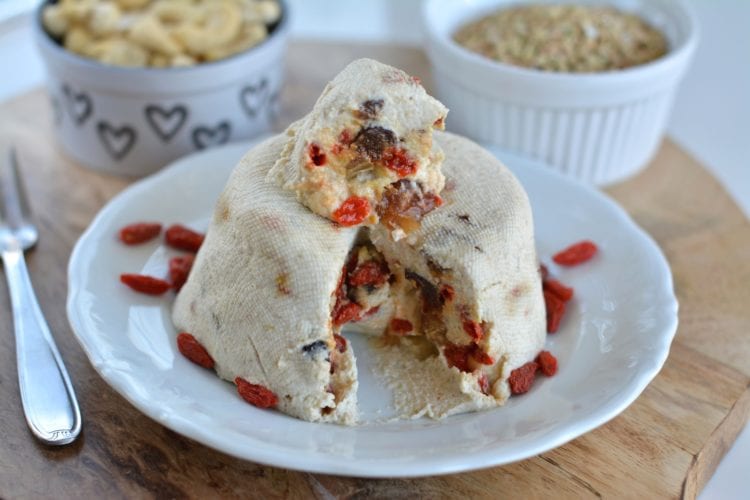 Pascha is a traditional Easter dessert made of cottage cheese, cream, butter and sometimes also egg yolks + loads of sugar and dried fruits. Needless to say, I wanted to create a much-much leaner vegan Easter cheesecake Pascha without compromising the creaminess or flavour.

Even though I’ve seen a few recipes that use only cashews, I still find that the best plant-based substitute for cottage cheese is soaked and blended raw buckwheat, whereas cashews and coconut milk give the needed creaminess, and sweetness comes from a bit of agave syrup and dried fruits. Now, I initially wanted to use raisins, but was too late to discover that I had run out of them. 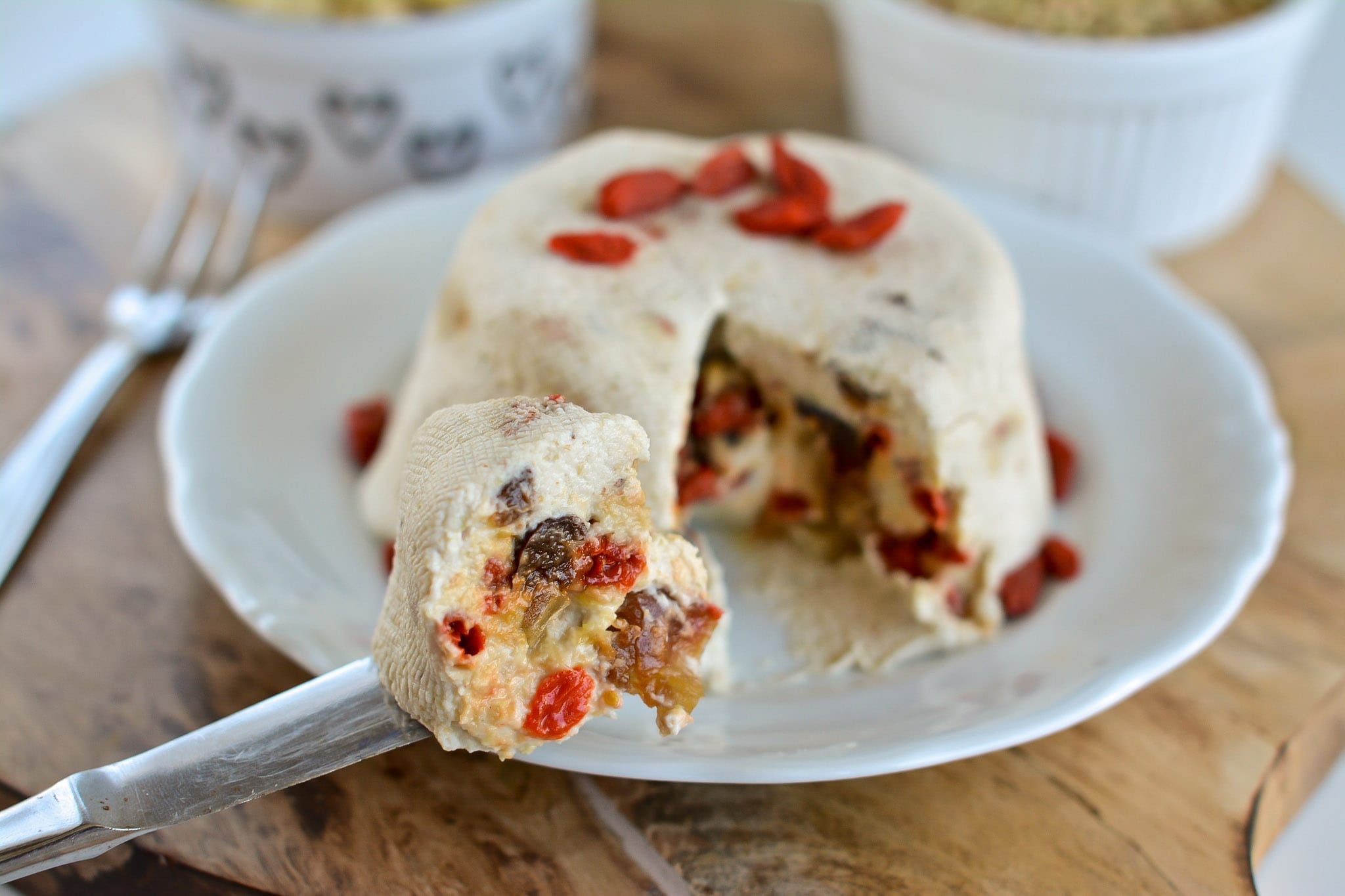 In addition to heartiness and creaminess, my vegan Easter cheesecake has nice lemony sour flavour compensated by the chunks of sweet dried fruits. I have to admit that there is one non-whole-food ingredient in this vegan Pascha recipe, i.e. agave syrup. Of course, I could have sweetened the Pascha with dates, but I wanted to preserve the white colour of the traditional Easter cheesecake, so that people looking for a great substitute could relate to it.
Should you prefer a vegan Easter cheesecake pascha without artificial sweeteners, head to Chocolaty Plant-Based Easter Cheesecake.

On top of it all, my vegan Easter cheesecake Pascha recipe is also raw, gluten-free, and uses no oil. 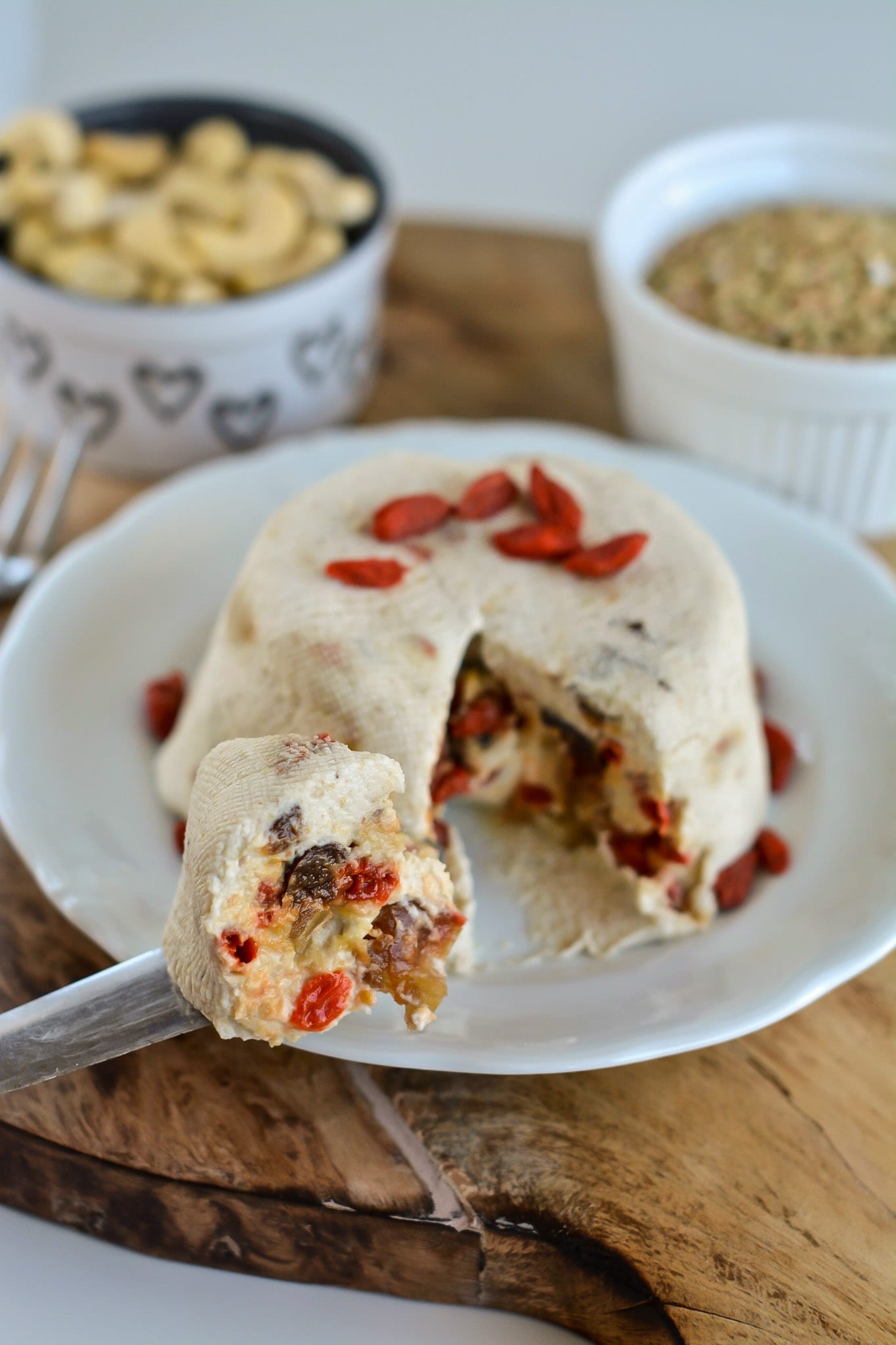 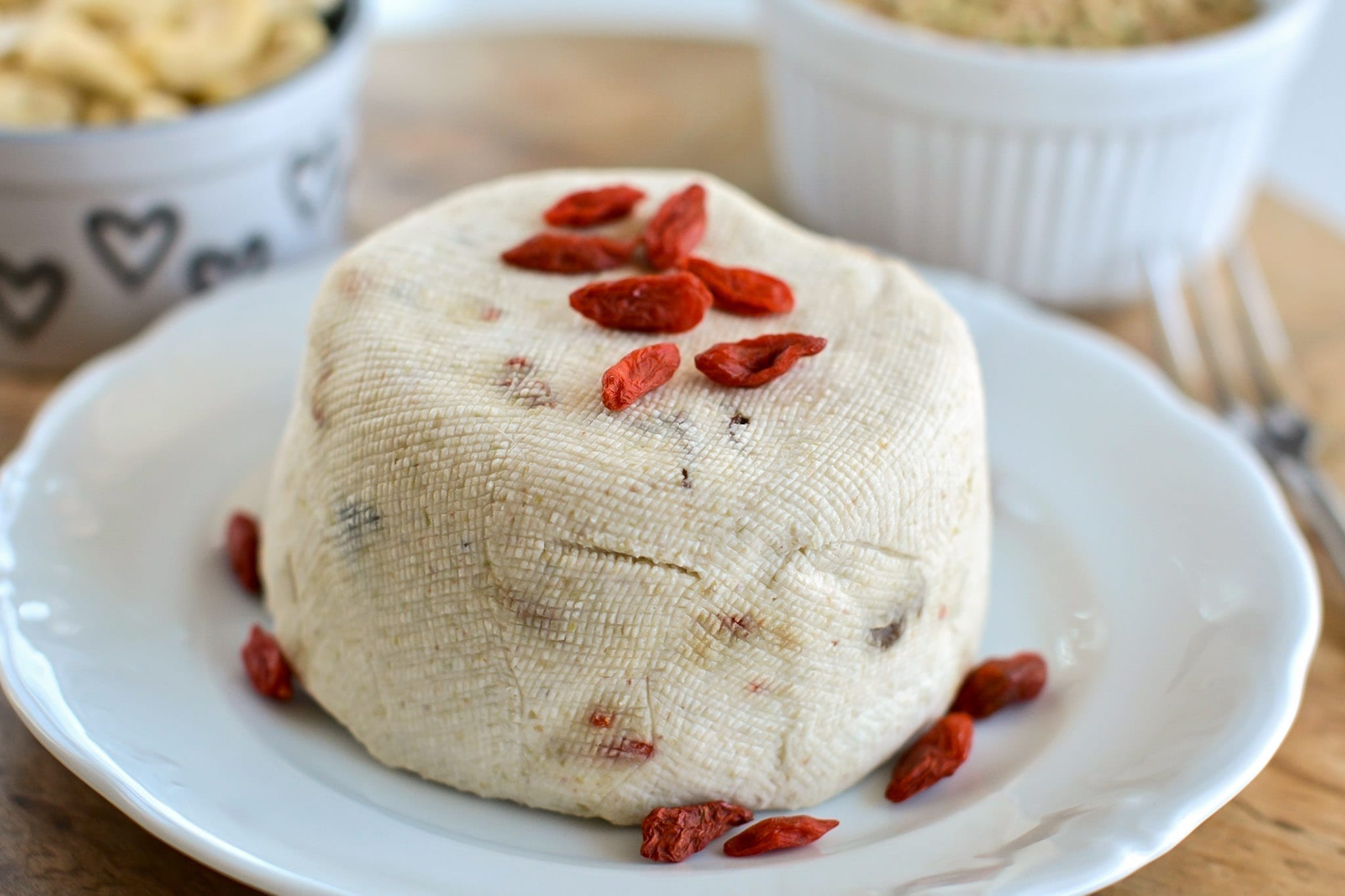 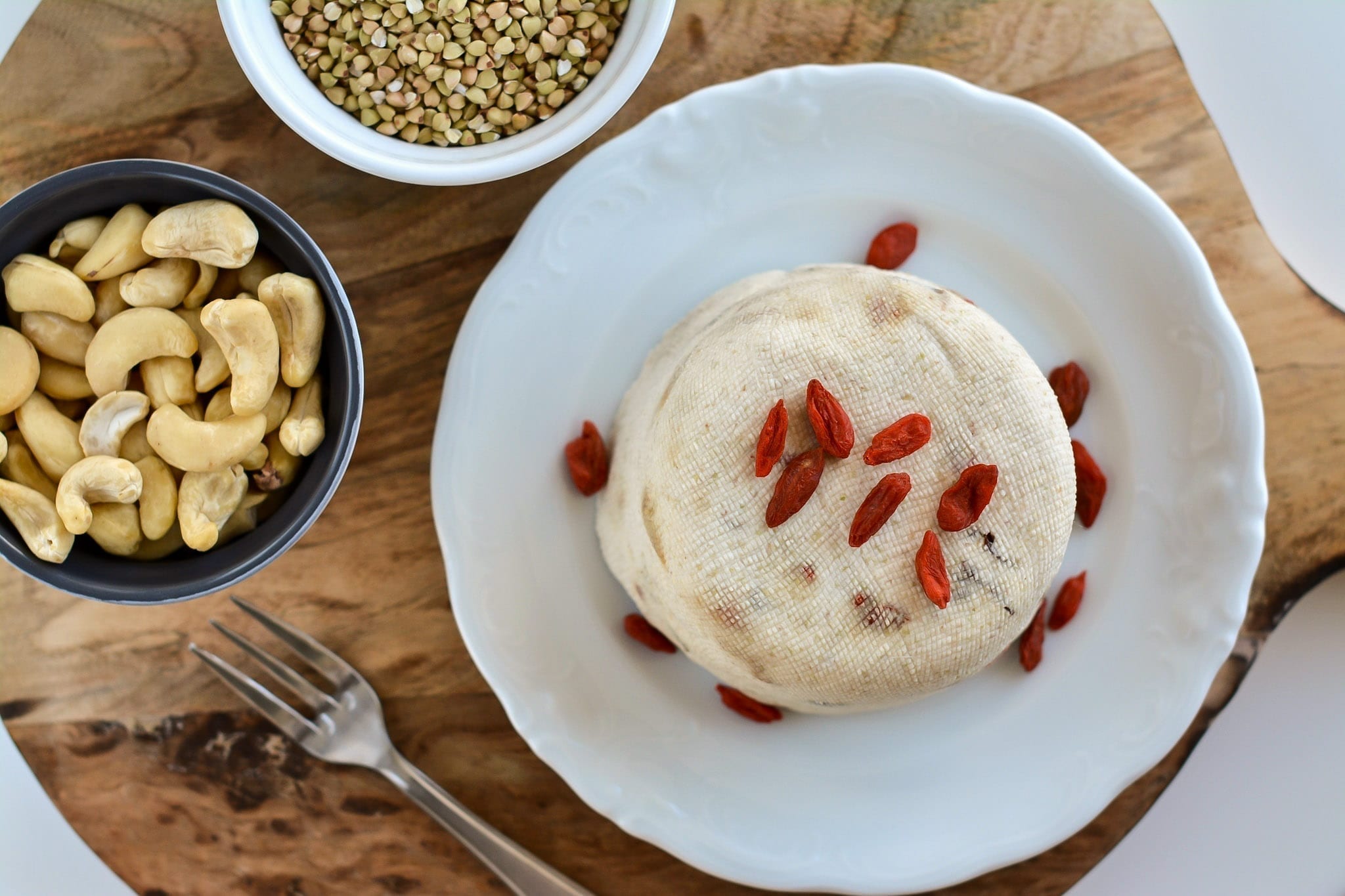