Home / Natural Cure / Ball of Stress: 5 Things You Can Do Now to Stop Worrying and Become Happier 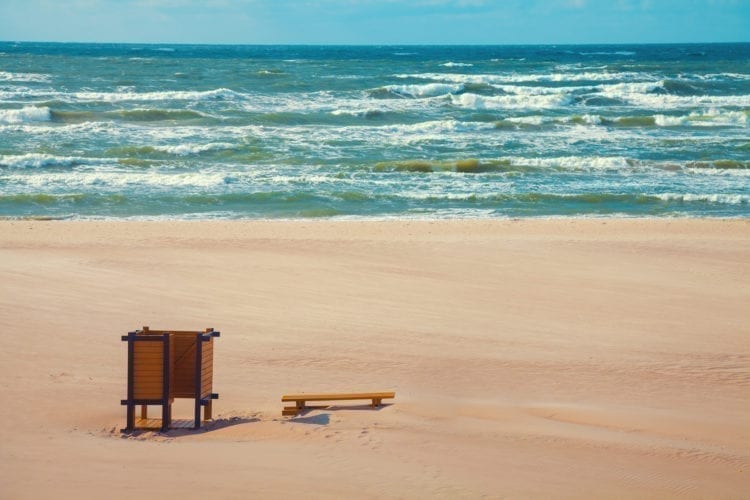 “You’re a ball of stress these days, aren’t you?” That’s what my wife asked me one weekend last year, seven or eight months after we moved from California to Idaho. Idaho is not a stressful place, but my life in California was. There, I was always rushing, always doing something for my job, always had an outlet for stress.

Then, I moved to Idaho when my wife was offered a new job. My life stagnated after the move. I was a crime, court and fire reporter for a newspaper for three years. There was always something to cover, always something to do or write about. Now, I was sitting in our apartment, worrying all day about our finances and when I would get a job, as my wife’s salary as a high school teacher could only carry us so far. I feared the future during every waking moment.

I was fed up with how my life was going, and when my wife made that comment, I decided to embrace my new Idaho life of slow speed, and to take life as it comes. I can only change so much about my future, I realized, so I embraced the chaos. I had a fear of failure, and every rejection letter was feeding that. It started to numb me, but I realized each “no” opened up an opportunity for a better job and a “yes.” It worked, and I learned to live with the fear of the future, failure, and the unknown – and even got a steady job after about 10 months of unemployment. Here’re some tips from my own journey from stress monster to letting go of fear.

Everything in Idaho, as mentioned, feels slower than California. In seeing this, I realized there’s no sense rushing around when it just caused me more stress. I had an outlet back in California, where I didn’t in Idaho, sitting around on the couch all day. To deal with lingering stress, I take a few minutes out of my day to meditate. All it takes is a short break, five or 10 minutes, to sit, relax, and let my mind go blank. Now that we’ve moved into our finished house from the apartment, I like to sit near a window facing the mountains, relax, and let my mind go blank.

Science backs up meditation reducing depression. In one study, after 8 weeks of meditating for 27 minutes each day, grey matter density rose in the hippocampus and fell in the amygdala, improving learning and memory while decreasing depression.

Sometimes, I repeat a mantra. Since I’m a huge nerd, I use the Litany of Fear from Frank Herbert’s Dune: “I must not fear. Fear is the mind-killer. Fear is the little-death that brings total obliteration. I will face my fear. I will permit it to pass over me and through me. And when it has gone past I will turn the inner eye to see its path. Where the fear has gone there will be nothing. Only I will remain.”

Bring the beach to you

Speaking of stress, one of the things I discovered while I had no job was It suddenly occurred to me why I loved living on the beach. While I was in college in Monterey for two years, I could see the beach from my dorm room. I could be on the beach, listening to the waves, in minutes. The sound of the waves while reading a good book was extremely calming. It turns out the sound of flowing water can ease your mind. I’m going put a small water feature, probably a small waterfall of sorts, at my desk at home. After a hard day at work, I can sit at my desk and relax, flexing my creative muscles and write my novel while the calming sound of water washes the workday troubles away.

My grandparents, especially since they retired, focused their lives on art. While both painted, my grandfather used to make jewelry, primarily with turquoise, until his hands simply wouldn’t let me. He often wore his own bolo tie with a turquoise centerpiece, and sent me a watch band with turquoise in it. Turquoise, it turns out, is said to promote happiness, health and good luck. At 92 years old, despite mounting health problems, they are both happy. It can’t hurt to switch out my old metal watch band with the leather one my grandpa studded with turquoise – I could use the happiness boost.

The Mayo Clinic calls exercise “meditation in motion.” Running, walking, playing a game of dodgeball – exercising releases endorphins, the chemical in your brain that triggers happy emotions. Say goodbye to anxiety while you focus on a fast-paced sport, or while you enjoy nature while mountain biking. I often take walks around the neighborhood with my wife after dinner, set against the breathtaking sunsets of Idaho.

Starting to meditate and live a bit more holistically and mindfully reminds me of a famous quote from noted scientist and one of my personal heroes, Carl Sagan. When the Voyager 1 spacecraft took a photo of the Earth in 1990, 3.7 billion miles from home, our planet was barely more than a tenth of a pixel in size. “Look again at that dot,” he said. “That’s here. That’s home. That’s us. On it everyone you love, everyone you know, everyone you ever heard of, every human being who ever was, lived out their lives.” The quote goes one, but it’s basically every person, good or bad, happy or sad, lives on that “mote of dust suspended in a sunbeam.”

Whenever I feel the crushing weight of extreme stress, I remember Sagan’s words. It makes me feel incredibly small, but in a good way. If I’m small compared to the universe, then my problems and worries are small. I can start letting go of the little things and stop being a nervous ball of energy, worry, stress and fear.