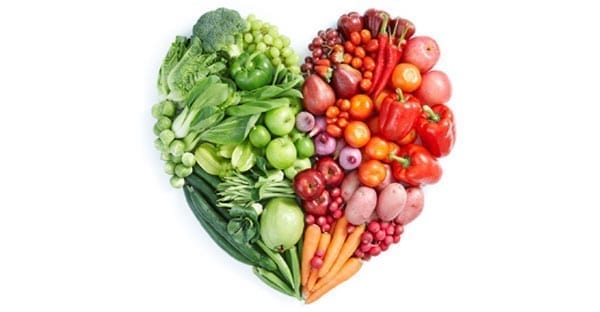 Coronary artery disease, the most common form of heart disease, which is responsible for heart attacks need never exist and if it does exist, it need never progress.

How can one make that statement when coronary disease is the leading killer of women and men in western civilization?

Astonishing findings from Korean and Vietnam conflicts.
Battle casualties from the Korean and Vietnam conflicts yielded an 80% incidence of coronary heart disease at autopsy despite an average age of 20 years. Hardly a family in the U.S. or other western countries does not have an immediate or distant relative or friend who has experienced heart disease. In 1999 a study of civilian casualties between the ages of 16 and 34 who die from accidents, homicides and suicides reveal coronary heart disease in every person. Dr. Lewis Kuller, a professor of public health from the University of Pittsburg from his 10 years cardiovascular health study made the following statement in April 2006: “All males who are 65 years of age and older who have been exposed to the traditional western diet have cardiovascular disease and should be treated as such.”

Does this mean we are all destined to become ill from coronary heart disease? Not so fast. Dr. William Castelli, who directed the world famous NIH Framingham study in the mid 1980’s stated of the 5.5 billion people on earth, 4 billion will never have heard of heart disease. He meant at that time it was limited to persons living in western civilization and those populations who could afford to eat milk and dairy products, eggs, meat, chicken, white flour and processed oils on a regular basis.

What should have Norway and other western countries learn from World War II?World War II provided a graphic example of how the ravages of these diseases could be totally halted. Norway was one of several western European nations occupied by Nazi Germany during the conflict between 1939 through 1945. The Germans removed all animal livestock from these occupied countries. The native population subsisted on whole grains, legumes, vegetables and fruit. Almost immediately death from heart attacks and strokes in Norway plummeted. With the cessation of hostilities in 1945 animal products became available as well as an immediate return to the pre-war levels of deaths from these illnesses. It is a powerful lesson in public health about the cause eand cure of our most common killer-heart disease. The medical profession or the public did not heed this message. It has been just the reverse. The popularity and success of western culture has adversely influenced Asian and developing cultures, so they seek to emulate our toxic western diet. As a result coronary artery disease is predicated to become the number one global disease burden by 2020.

Rural China, the Papua Highlanders of New Guinea, central Africans and the Tarahumara Indians of northern Mexico adhere to plant based nutrition and are spared this galloping epidemic which is a disease of affluence.

Why isn’t the public informed?
American leadership in public health has been a total failure in its attempt to curtail this disease. The United States Department of Agriculture (USDA) every 5 years refashions American’s food pyramid, without ever relinquishing the very foods, which cause the epidemic. The USDA leadership are all former power brokers of the beef, dairy, pork and poultry industries.

The medical profession has an even poorer record. It has taken the approach that every American must learn all the risk factors for heart disease such as smoking, high blood pressure, diabetes, high cholesterol, and strong family history. The profession’s risk factors emphasis is an unspoken concession that as Americans eat such a toxic diet, they will all develop the disease and knowing your risk factors may somehow alert you and your physician how fast it is catching you.

Modern medicine of the latter half of the 20th century and early 21st, must be condemned for its failure to share with the public the knowledge to eliminate the most common chronic killer disease such as heart disease, type II diabetes, obesity, hypertension, erectile dysfunction, and dementia all of which are a bitter harvest of the toxic western animal based nutrition.

Let us flush out further the problem of dementia. By age 85, it is recognized that 50% of Americans will have dementia. Newer research reveals that at age 50 Americans begin sustaining tiny little silent strokes, which as they continue, take a serious irreversible toll on the brain. Memory may become less astute by one’s 60’s and if these little strokes continue we now have dementia by the 70’s or 80’s. It is the end product of vascular injury to the brain just as occurs with the heart.

The medical profession never lacking for a new expensive imaging device or procedure, developed coronary artery bypass surgery, angioplasty, and stents for blocked arteries to the heart. One has to be in awe of the delicacy of these surgical feats. But are they the answer? A most emphatic NO! The epidemic has not been altered since their inception. To be fair, in emergency situations, such as a heart attack they may be life saving or save heart muscle from damage.

Academic scholars are increasingly critical of the overemphasis of these interventions, which provide enormous financial reward to the physician.

The downside to these procedures is that many experience serious complications and die. Of 1 million stents performed in 2013 1% or 10,000 will die from the procedure. If we lost 10,000 G.I.’s this year in Iraq, it would be called carnage.

The expense of these procedures consumes the lion’s share of the health budget. Cardiology spends over 1/4 of a trillion dollars per year. Even if the procedures are successful, the benefits erode with the passage of time. Interventional cardiologists themselves concede life is not extended and new heart attacks are not avoided by these procedures.

How is it possible that the medical profession cannot heed the striking lessons from Norway during WWII, or the non-existence of heart disease in the third world and developing countries, who by culture, heritage and tradition subsist on plant based nutrition?
Actually there were physicians who did hear these lessons. These pioneers were men like Pritikin, McDougall, Klaper, Pinckney, Campbell, Ornish, Esselstyn, Fuhrman, Barnard and Diehl to mention a few. Dr. Dean Ornish in California and Dr. Caldwell B. Esselstyn, Jr. in Ohio during the mid 1980’s unbeknownst to each other but within months of each other separately initiated studies of plant based nutrition as treatment for patients severely ill with coronary artery disease. The goal was to remove every last morsel of animal food, dairy, processed flour, and oils that were causing the disease and to eat a diet of vegetables, fruit, legumes and whole grains.

In all compliant patients results were prompt and enduring. Angina heart pain diminished or disappeared as cholesterol levels promptly lowered and both physicians found that x-rays of the hearts’ arteries confirmed the disease could be reversed. Dr. Ornish proved this after one year of treatment. Dr. Esselstyn showed the same at 5 years and reported his results again at 12, 16, and finally beyond 21 years in his recently release book, Prevent and Reverse Heart Disease. Dr. Esselstyn is particularly pleased with a smaller subset of patients who were told by expert cardiologists in 1986 they had less than a year to live all of whom are alive, 21 years later.

Adopting new healing lifestyle.
To be sure it is not a walk in the park for patients to change to plant based nutrition from a lifetime of eating rich, tasty animal foods, dairy products and oil. There are also the challenges of what to do in restaurants, traveling, and eating at friends’ houses. Patients need support and guidance as they surmount these hurdles and their prompt improvement is their reward. While patients rejoice at finally discovering the answer to their disease they are often furious their physicians did not mention it.

For these patients it is empowering that they are the locus of control to destroy the disease that was destroying them. They also recognize as opposed to the interventional approach there is no mortality with the diet and no sickness. Most importantly the benefits do not erode but continue to improve with the passage of time. Patients are aware they have become heart attack proof and lose the haunting fear of heart patients and their families that another heart attack might occur.

Why don’t more cardiologists employ this simple and successfully proven method? The stock answer is “My patients won’t follow such a diet.” That is indeed hard to accept when entire cultures without heart disease have preferred this way of eating for centuries and thousands of heart patients have accepted this technique. A more honest answer would be there is much less financial reward for the caregiver. The hope is that insurance carriers will appreciate this less expensive and more reliable approach and reward lifestyle counselling which will accelerate momentum and acceptance. Dr. Esselstyn now treats invasive cardiologists who seek his counsel when they have the disease. Viewing a broader landscape for the health of America is imperative.

Everyone argues about the health care crisis and how it should be paid for. Where does one find the money? This is so serious we see our great corporations such as General Motors and Ford taken to their knees because they cannot pay the health care costs of their employees or retirees. A far simpler approach is to eliminate all of these common chronic diseases of western civilization, which do not exist in plant-based cultures.

What happens if one adopts whole food plant based diet?
For example, if a 250 pound, obese, mildly diabetic hypertensive, patient has a heart attack and is fully compliant with plant- based nutrition treatment, profound changes occur. By 8 months he weighs 190 pounds and is no longer obese, his diabetes and hypertension are gone as is any risk for a future heart attack. He will also protect himself from erectile dysfunction and dementia. This toxic western diet consumed over decades behaves as a malignant stew daily marinating our cells towards chronic illness.

Source:
This article has been written by Dr. Caldwell Esselstyn Jr., M.D. who is an internationally known surgeon, researcher and former clinician at the Cleveland Clinic and a featured expert in the acclaimed documentary Forks Over Knives.